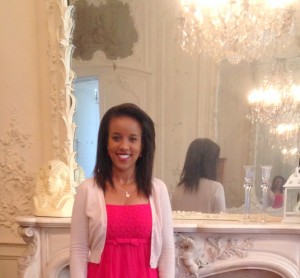 Clara lives in a Palace!

A brilliant sixteen-year old boy called Aaron Wheeler has filmed five of our songs (and an instrumental). There is a remarkable variety in the filming genres. He experimented with animation for The Beautiful Suchness of Things, and it is delightful, with witty segues and a light charm. He filmed Mrs Bride as a dramatised live performance in role (Nick as a life-sentence prisoner). He made an acted film for What Can It Be? centred on the beautiful Clara Miranne, daughter of my good friend Francoise, as the romantic lead. And he made two straightforward live performance films and one with a fancy split-screen split-costume flourish (the instrumental, Staunton Park). All done in two days of filming and no doubt many late evenings of post-production. Well done Aaron – may your career in film be spectacular. 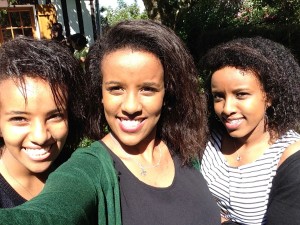 Clara selfie with her sisters.

The locations are all in Southsea. Clara’s seafront walk in What Can It Be? is along from Southsea Pier to Southsea Castle and towards Clarence Pier and the entrance to Portsmouth Harbour. There are shots of the Rock Gardens too (and my balcony). The prison scene of Mrs Bride is filmed at the Round Tower in Old Portsmouth, where the ‘hot walls’ meet the Round Tower. 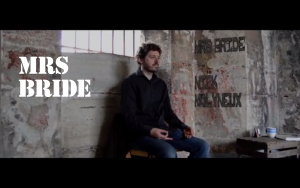 The lyrics are all uploaded as subtitles available on the CC button. And Aaron has put them all on YouTube. We shall be making them public in the next few days – enjoy them then, and remember the name Aaron Wheeler.