These songs rise into the air, lifted by the lilt of Nick Molyneux’s acoustic guitar-picking. His lively folk-based musicianship has both charm and bite.

The lyrics of George Marsh bring you stories with a Buddhist flavour alongside intimate ballads exploring the darker side of life.

Download here, above, or order a CD here and get an immediate download as well. For a Zen inspired selection take:

Mrs Bride (about a murderer’s meditation in prison)
The Beautiful Suchness of Things
Notariddle
What Can It Be?
and Lingering 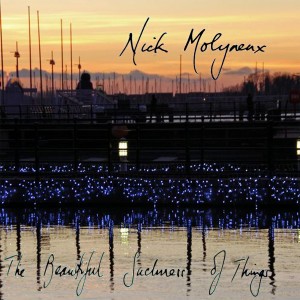 Nick has been performing for the past 20 years on acoustic guitar, mandolin, and piano, either solo or in rock, folk and jazz bands. He is a fan of traditional music, from English folk tunes to Bluegrass. He met George in 2005 when he was looking for a lyricist and they quickly wrote their first songs together, What Can It Be? and Dark Islands, which both appear on this album. For George’s poetic background and themes, see his blog page. And for the history of this collaboration, and Nick Molyneux’s musical collaborations with Krystyna Jankowska and The Hanging Tree Band see below. 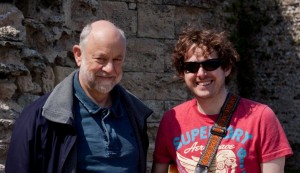 These days Nick can often be heard playing mandolin in Irish folk ensemble The Hanging Tree Band (http://www.soundclick.com/hangingtreeband) and he is currently working on an album of Celtic-influenced tunes and songs, which will be released in 2014 along with his interpretation of some of his favourite pop and folk songs.

Nick Molyneux writes about the collaboration in song creation:

It’s always difficult to know whether the lyrics or the music should come first when writing a song. Most songwriters I know tend to write at a piano, or with a guitar in their hand – our songwriting process was similar, in that it usually started with a musical idea, and George either wrote some lyrics to fit the rhythm, or chopped up a poem he had written separately, and rewrote it to fit.

There was a lot of heated debate about what should happen musically and lyrically. Poets have a tendency to vary line length, and drop in extra lines or syllables, which is fine in a written poem, but creates a real headache for someone trying to set it to a steady rhythm. George was used to being able to write whatever he wanted (and if anyone complained about the weird structure he could call it contemporary free verse), but he suddenly had to cope with me saying “I want that line to be 7 syllables long, and I want it to end on an open vowel so it’s easier to sing that note”. Whereas I was used to writing lyrics that were essentially subservient to the music, and, like many great pop songs (and many dreadful pop songs), often didn’t make any sense or have much of a meaning. We both had to compromise to achieve a finished song.

My favourite songs on the album are ‘Notariddle’, for its simplicity, and ‘Mrs Bride’ for its dark edge.

I’ve been asked to comment on my musical influences. There are too many to list – and it’s hard to say which had the greatest influence on this music. But here’s a few of my favourite performers and recording artists (in no particular order), all of which are an inspiration: